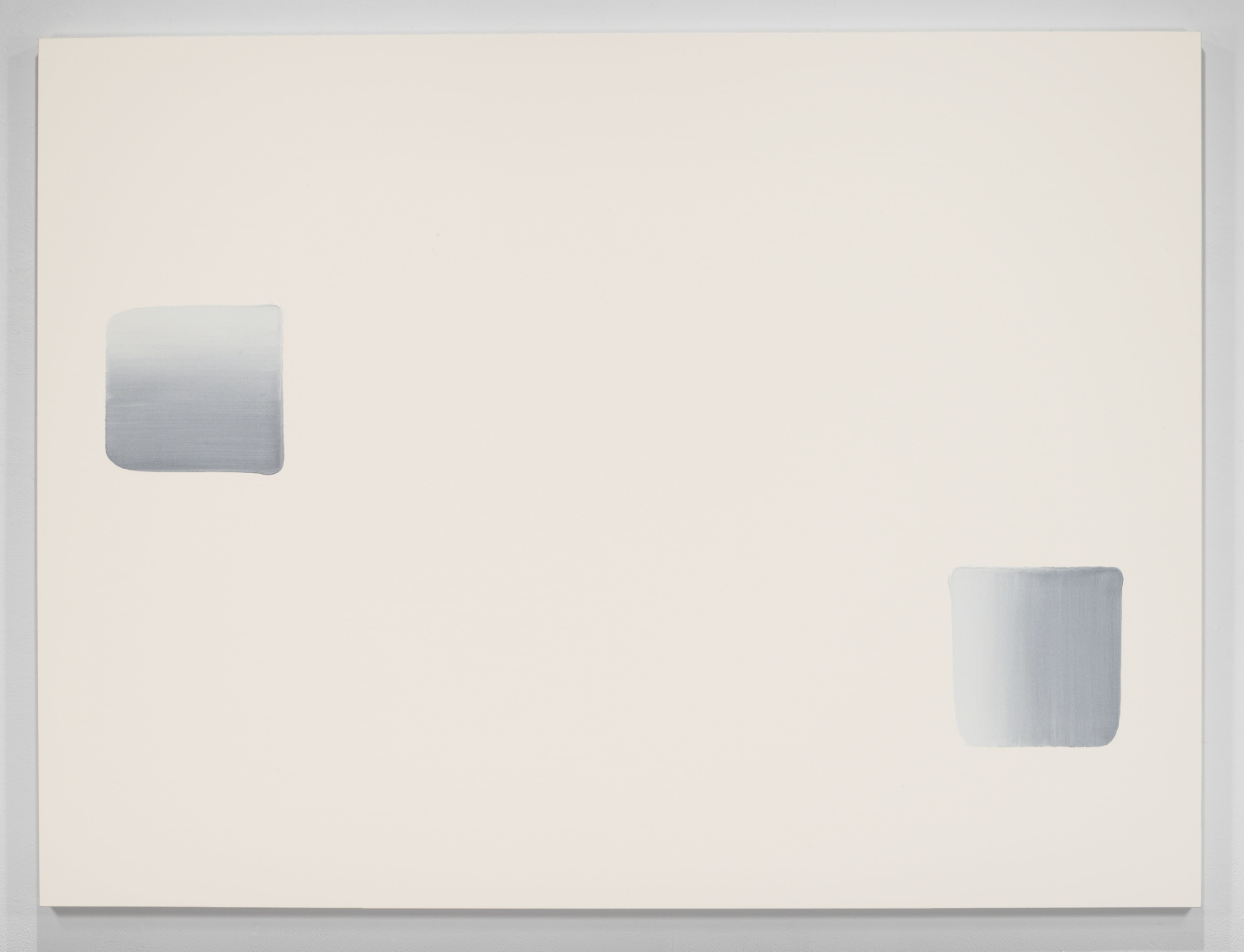 For nearly five decades, Lee Ufan (b. 1936, Gyeongsangnam-do, Korea) has traveled between South Korea, Japan, Europe, and the United States, and created an internationally recognized body of work that draws from all of these influences. Lee first came to prominence in Japan in the late 1960s as the key theoretician of the Mono-ha (“School of Things”) group, who criticized modernism for viewing the world through abstracted representations. In his sculptural works, titled Relatum, Lee juxtaposes natural and industrial materials, usually stone and steel, and encourages a phenomenological encounter between the viewer, these objects, and the surrounding space. Beginning in the 1970s, Lee developed his iconic From Point and From Line series of paintings, whose repetitive marks across the canvas record the passage of time. Lee moves away from this systematic approach in the 1980s with his paintings series titled From Winds and With Winds, whose multi-directional, scattered brushmarks show the artist freeing himself to an undefinable, exterior force. In his paintings series titled Correspondance (1991-2006) and Dialogue (2006 – ), Lee uses a wide-tipped, flat brush to apply broad rectangular strokes on a large white canvas. The painted and unpainted areas suggest the metaphysical relationship between being and nothingness, evoking a sense of infinity. Most recently, Lee collaborated with Manufacture de Sèvres to produce ceramic works that continue to address philosophical concerns regarding materiality, time, and space.

Lee Ufan has been the subject of more than one hundred solo exhibitions, including a career retrospective at the Solomon R. Guggenheim Museum, New York, in 2011, and a major presentation of site-specific works at the Château de Versailles, France, in 2014. Works by Lee are in the collections of the Museum of Modern Art, New York; Centre Georges Pompidou, Paris; Tate Modern, London; the National Museums of Modern Art in Tokyo and Kyoto; and the National Museum of Contemporary Art, Seoul, among other public institutions. The Lee Ufan Museum, designed by Tadao Ando, opened on the island of Naoshima, Japan, in 2010. Lee was a professor of art at Tama University in Tokyo from 1973 to 2007, and has authored numerous critical texts throughout his career. He lives and works in Kamakura, Japan, and Paris.

Further details about the Lee Ufan Catalogue Raisonné are forthcoming.