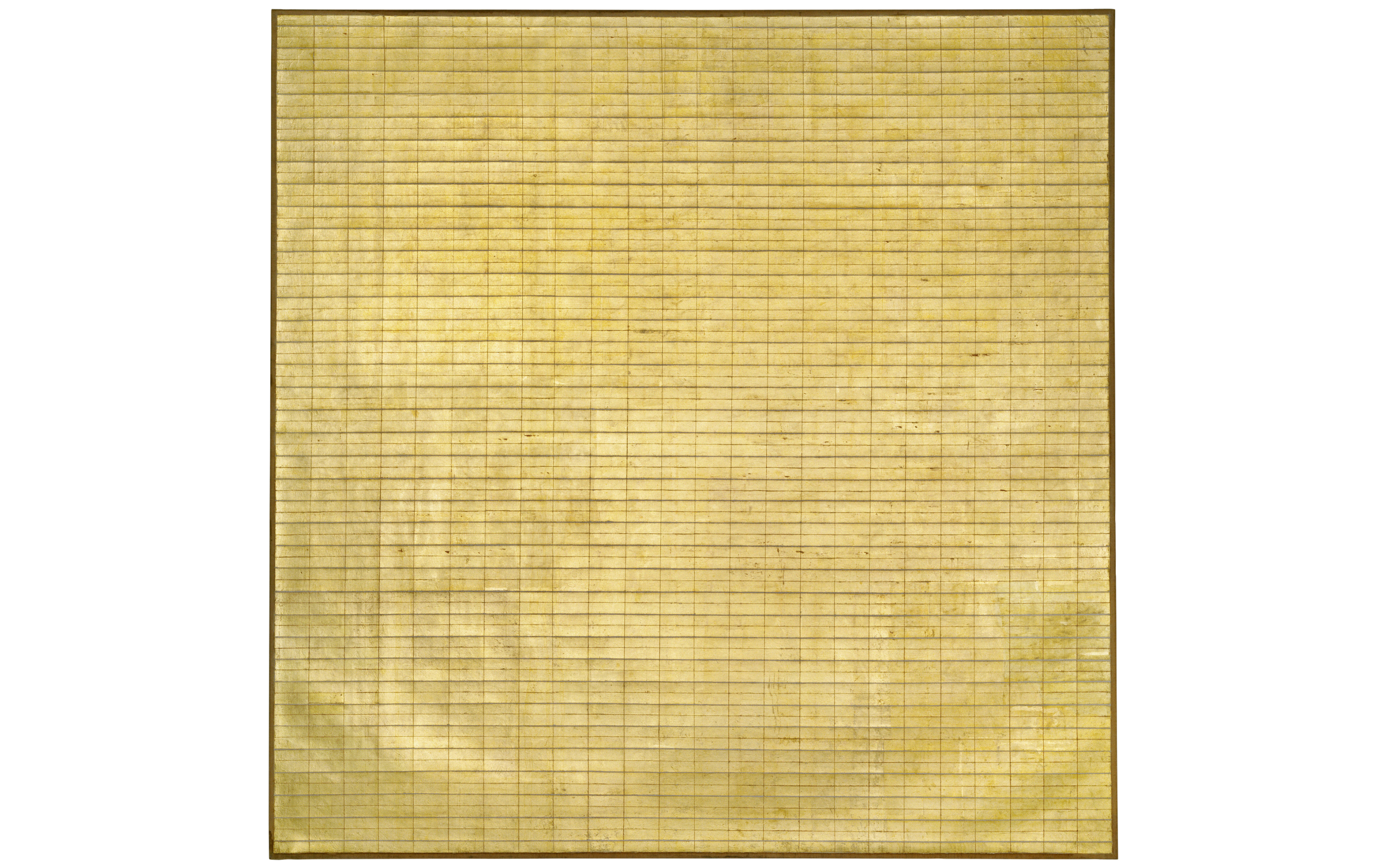 Tiffany Bell is a bit of a legend in the catalogue raisonné world, as someone who has headed up three major CR projects—Dan Flavin (resulting in Dan Flavin: The Complete Lights, 1961-1996. Dia; Yale University Press: 2004), Agnes Martin (resulting in Agnes Martin: Paintings and Agnes Martin: Drawings. Artifex Press: 2017, 2019), and now Brice Marden—a remarkable feat given that for many scholars a single catalogue raisonné is a lifetime affair. Bell is also a legend in the offices of Artifex Press, where she served for many years as Editor at Large, because her talent and experience are only surpassed by her humility and generosity. As part of Artifex Press’s new series of blog posts, I recently interviewed Bell — about Agnes Martin, finding inspiration during quarantine, and, of course, catalogues raisonnés.

David Grosz: You edited the Dan Flavin catalogue raisonné. Then you did the Agnes Martin catalogue raisonné. And now you have embarked on a third catalogue raisonné, for Brice Marden. Given your broad experience in this field, I’m curious to know what you found to be the particular challenges for the Martin project. What made that catalogue distinctive and what were the biggest obstacles you faced as you did your work?

Tiffany Bell: I’ve been lucky to be involved with the work of these three artists. They’re all great artists and they share certain similarities, mainly in relation to minimalism, I guess. But the work is also very different which keeps it interesting.

And yes, these catalogue projects are very long term but the ability to “finish” more than one in a lifetime has been so enhanced by computers and the internet. The database programs, the accessibility to information via the web, and the fast pace of correspondence via email has changed dramatically from one project to the next. To find Flavin’s works, I had to mail letters to many museums just asking if they owned works by the artist and hope they responded. Now, I can get on museum websites and find works as well as a lot of information about ownership, exhibition history, whatever. Plus, I think the general recognition of the importance of these projects has grown, making it more likely to get quick responses to requests for information from dealers, museums, auction houses, and private owners. That is time saving.

As you know, the ease and difficulty of these projects usually stems from the artist’s own attitudes toward documenting their work—that, and how prolific they were. Agnes Martin was not hugely prolific—mainly because she was a late bloomer and had long periods where she didn’t make art. She also discarded a lot of work that didn’t meet her exacting standard. But she did not keep records. It didn’t fit with her frugal lifestyle, nor did it interest her in terms of how she wanted her works to be perceived. For whatever reason, she really eliminated context. For Flavin, dates were really important. His drawings record the day and year they were made and sometimes the order on the day that they were made. Flavin was really interested in documenting his work as part of his creative process. Martin, by contrast, was very casual about dates; I think she would make guesses sometimes years after the fact. And she discarded most “developmental” works.

Also, she didn’t keep studio inventories or photographic records. Or any correspondence about exhibitions, sales, or anything. So essentially we had to collect all that information from galleries, museums, collectors, and friends of the artist. Pace Gallery represented Agnes Martin for several decades, and luckily they kept excellent records. The project couldn’t have happened without that. And the Elkon Gallery was also very helpful, but things were done differently in the 1960s when Martin had her shows there. I think the hardest part of the project was identifying drawings from the 1960s that were mostly untitled, similar in appearance, size, and medium, and had not been photographed at the time of their making or first exhibitions.

I’m really proud of the research we did and the number of paintings and drawings that we uncovered and established a history for. I’m also proud of the chronology of her life that came together over the course of the research. But to credit you, what makes the Agnes Martin catalogue distinctive is the Artifex Press software. That all the information can be presented in such a comprehensive and accessible way—so easy to search and sort—is remarkable from my experience.

DG: However well you know an artist’s work going into a catalogue raisonné project, you will certainly make plenty of discoveries along the way. What was the biggest surprise for you about Martin and/or her work that you uncovered during your research for the catalogue?

TB: I found as I got into the Agnes Martin project that my original understanding of her work and her life was uninformed. I knew her as a mystic who had retreated from the world and I was mostly familiar with her work from the 1970s and up. I really had little knowledge of her biography and I thought of her art in relation to minimalism I guess. I hadn’t seen much of her work from the 1950s or 1960s. That work was a revelation and it provides the context for what she did later. I love all Martin’s art but I was, and am still, blown away by the ambition and beauty of those paintings from 1963-1967. And her life story is inspirational—that she was born on the remote prairies of western Canada and became one of the great American painters of the 20th century—as a woman. 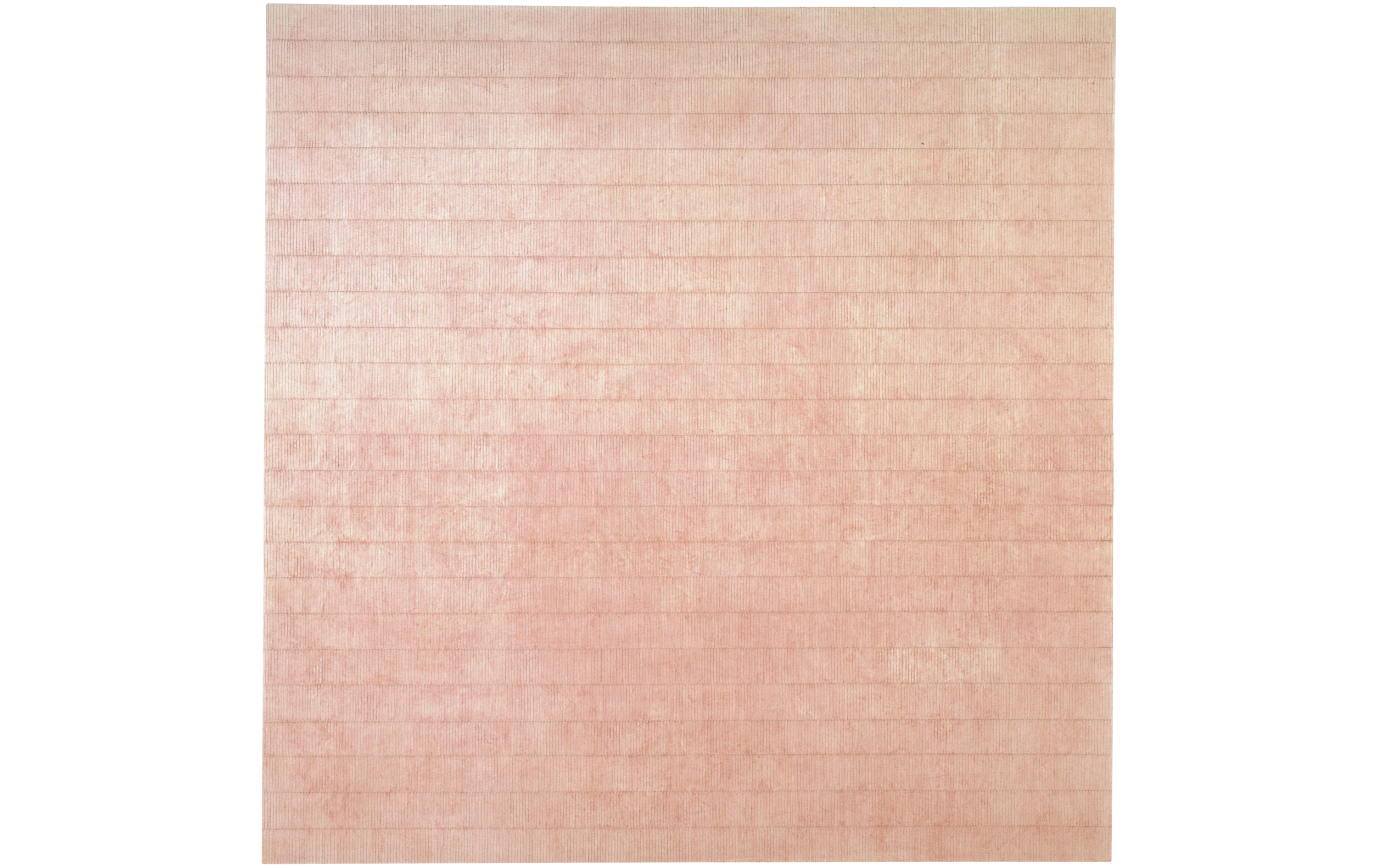 DG: In past times I might have posed a question asking you to imagine that you were marooned on a desert island with only one Martin artwork to keep you company. Let me instead put a contemporary spin on this and ask that you imagine going into quarantine for a year and being able to select one Martin artwork to bring with you. Which work would you choose and why?

TB: As I said before, I love most of Agnes Martin’s art. There really isn’t a bad painting—perhaps because she knew her work well and edited out anything that didn’t quite make it. So, in my dreams, I’d be happy with almost any drawing, watercolor, or painting. That said though, the group of paintings she made in 1963 stand out in my mind, and if I could have one, I would choose Flower in the Wind. I think that painting would be soothing and offer plenty to look at during a year in quarantine. The color is good—subtle and calming pink—but the intensity of the mark making, the thousands of brushstrokes ordered into an all-encompassing grid pattern—is awesome in every way. It’s also interesting to me that 1963 was also a pivotal year in Martin’s practice. She made these very regal paintings like Flower in the Wind; Night Sea, a royal blue painting; and Friendship, a gold leaf painting, but then, in a move she describes as one towards humility, she began her penciled grids on primed but unpainted canvases. It was a radical move—given the rawness of the penciled grids in comparison to the refinement in earlier ones—that is very provocative and really makes you think about art, life, commitment, and all sorts of things. 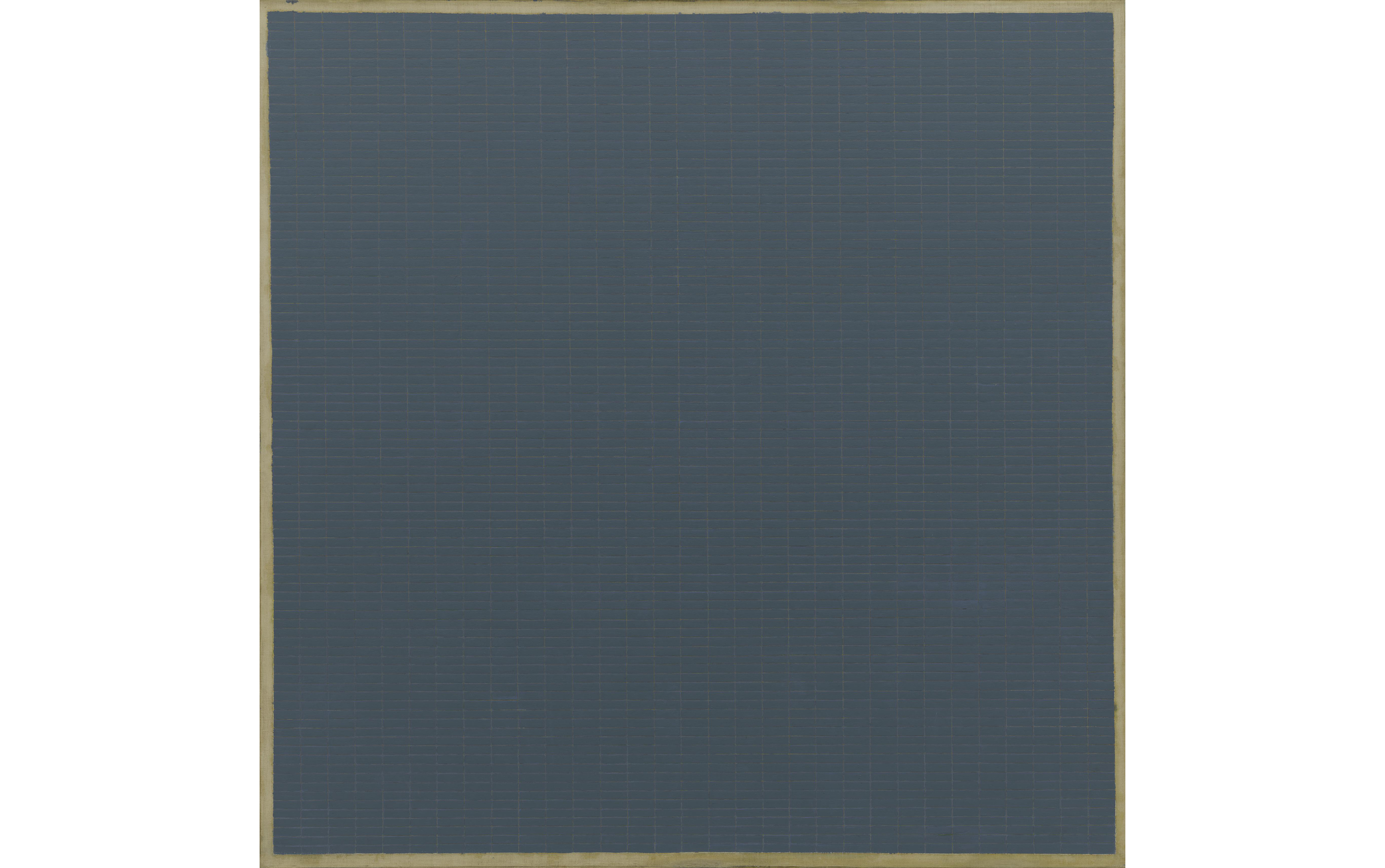 DG: While Agnes Martin and Brice Marden are very different artists, it seems to me that there is a broad similarity in terms of the arcs of their careers. They are both known for an early period of formally experimental minimalist painting, after which they underwent a radical change in style, embarking on a new body of work with an entirely different signature style, perhaps one that is less formally inventive and instead more concerned with nature, perhaps even spirituality. I wonder if you can comment on this general observation. How are these arcs similar? How are they different? Can we learn anything from this comparison about the general arc of a painter’s career? About minimalism?

TB: I’m still early in my research of Brice Marden’s work and still have lots to learn so I hesitate to comment much about it. But you make an interesting comparison and it’s true that both artists had a break in their practice that may have had something to do with hitting a sort of wall set up by the stylistically reductive aspects of minimalism. But I think in both cases, an overview of the work will show that the continuities and similarities outweigh the differences between the early and late phases of their oeuvres. Certainly, Martin’s art post-1974 incorporated the innovations worked out in the earlier work. One might say the later work lacked stylistic “development” in the conventional art historical sense—compared to the earlier phase. Rather she used changes of emphasis and content—changes in color, surface treatment, linear quality, all techniques worked out in the earlier phase—to make works that while they have much in common always manage to be different, one from the next. I think that the repetition and continuity so clear in the later work was her subject—almost like the rituals of life that mark the passing of time. As she said about looking at the clouds in the sky, they all look alike but not one is the same as any other.