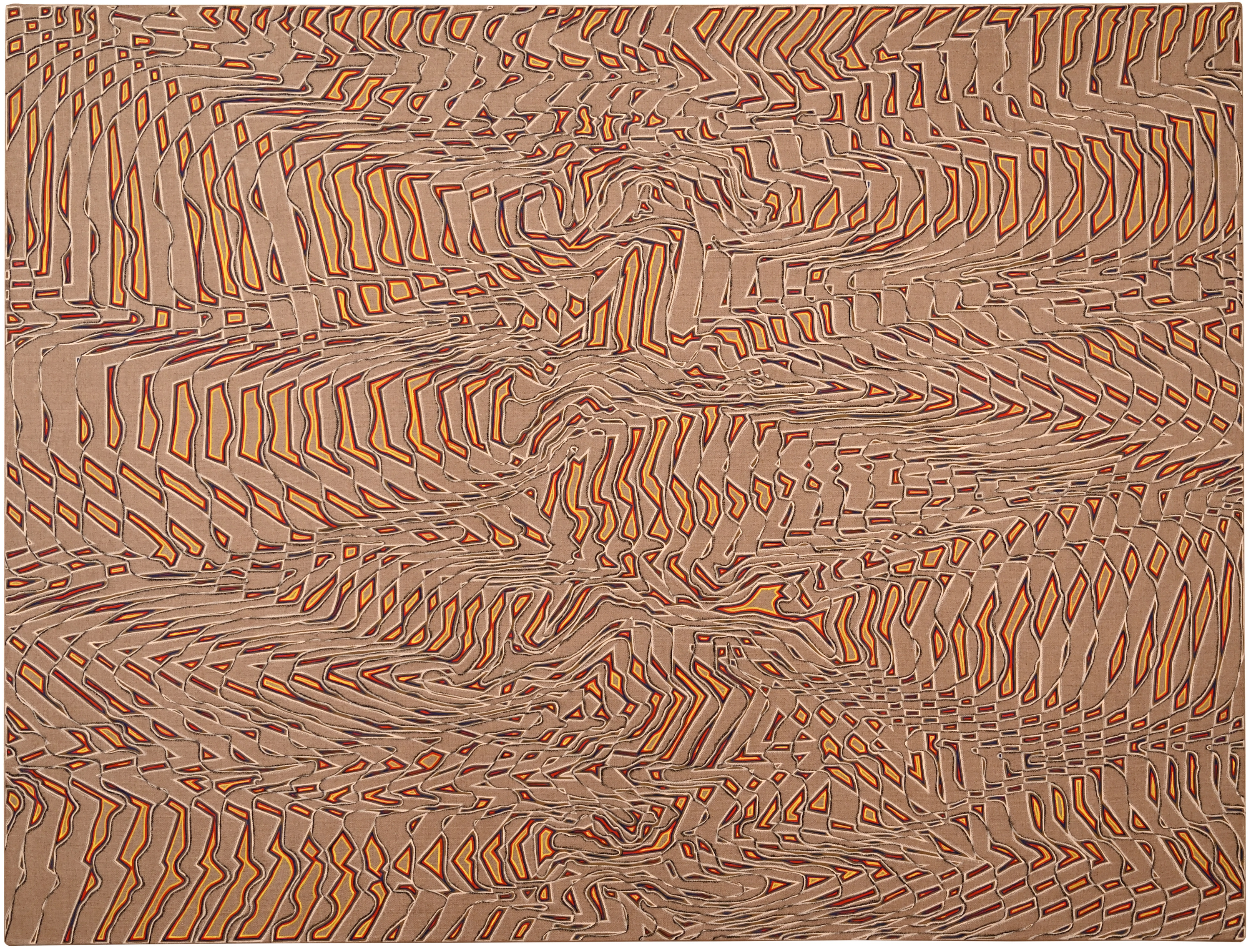 By Ariela Alberts, Editor of the James Siena Catalogue Raisonné

This is the latest in a series of blog posts in which Artifex Press staff members delve deeper into the artworks they are researching, sharing insights and discoveries gleaned during the intensive process of assembling a catalogue raisonné.

For James Siena, making art is an act of discovery. In a way, he surrenders to the idea of his work, determining a point of interest — for example, where the line may go — which he follows to its utmost conclusion, until it has nowhere else to go. In another way, he brings a certain humanity to his work that is anything but predictable. If some of the precision in his work can feel analogous to a circuit board, as has often been said, the particularity of the kinks, curves, and knots is utterly his own. As he makes a work, he teeters from his imagination to submission to his idea, and back again. He is not always certain where he will end up: what resonances will emerge? How will each choice reverberate?

Once Siena has seen the result in single work, he extrapolates, builds, confounds, limits, or expands upon an idea in other works, which is precisely what he’s done with his most recent body of work. Today, the artist’s eight most recent paintings, all from this year, have been added to his catalogue raisonné. I’m going to examine five of these here.

“I wanted to crop those circuits down so that only one side of a circuit would be visible. That really runs counter to a lot of what I’ve dealt with over the last 30 years wherein most of my works are compressed at the edges and isolated from the so-called external world. And in this case, the circuit, a kind of line which is kinked and convoluted which usually returns to itself--it only begins and ends on one side of the page,” Siena said recently in describing his new work.

Perhaps the clearest illustration of this concept is seen in the painting Coeval Cerebellae, which can be seen below alongside Heptesserast, one of his earlier works of the year. If Heptesserast shows us the outline of a rectangular shape with a maze of pathways moving inwards, Coeval Cerebellae focuses on an isolated segment: the top right quadrant. The circuit is cropped, or placed under the magnifying glass. 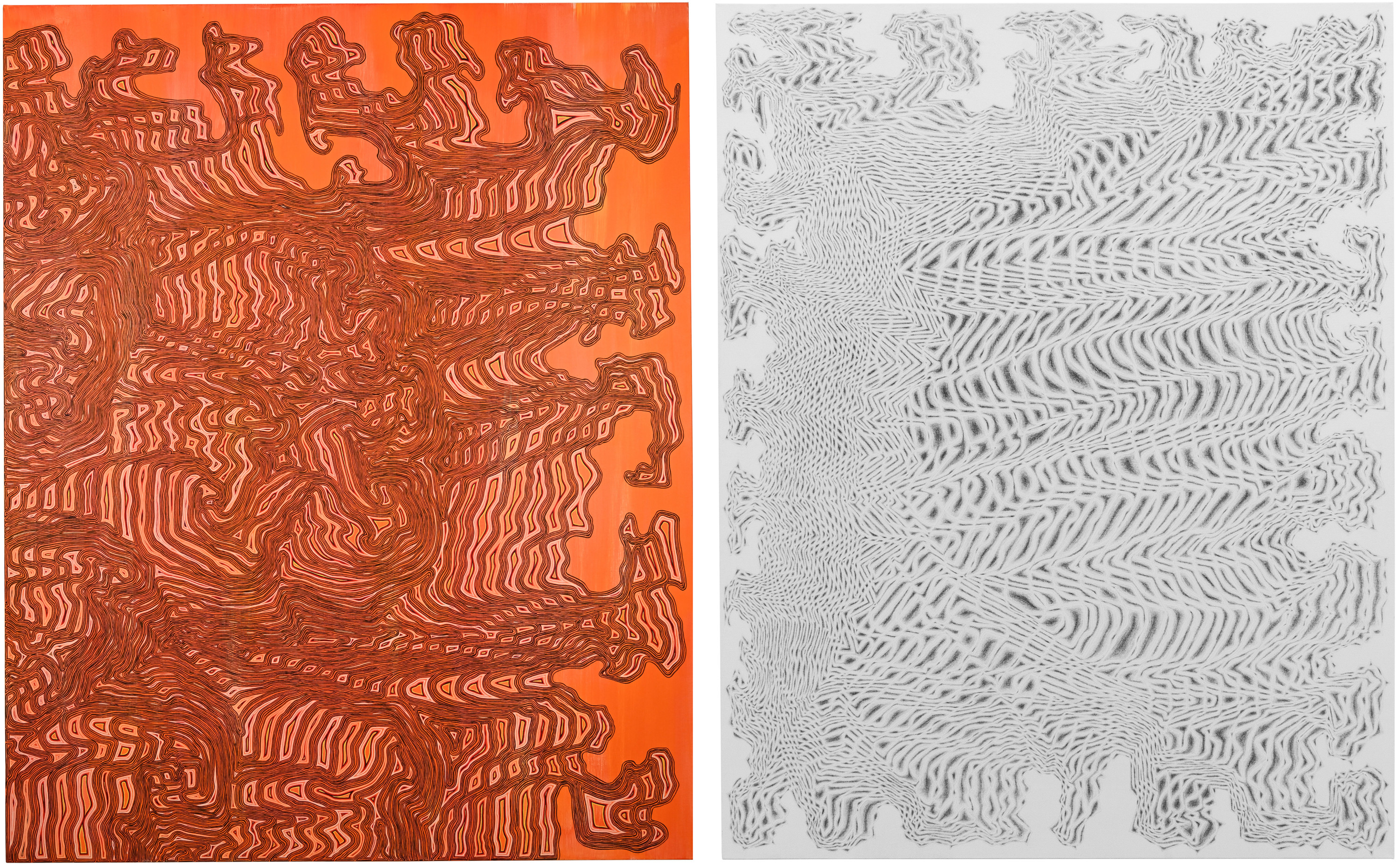 A photograph alone may not convey that Trectiuff, seen below, measures 6 ¼ feet tall by 10 feet wide. Consider that this comes from an artist who until three years ago had been associated with intimately scaled work and who hadn’t painted on linen for three decades. With these newest works, Siena has expanded upon the essence of his interest not only in scale, material, and medium, but in focus too. 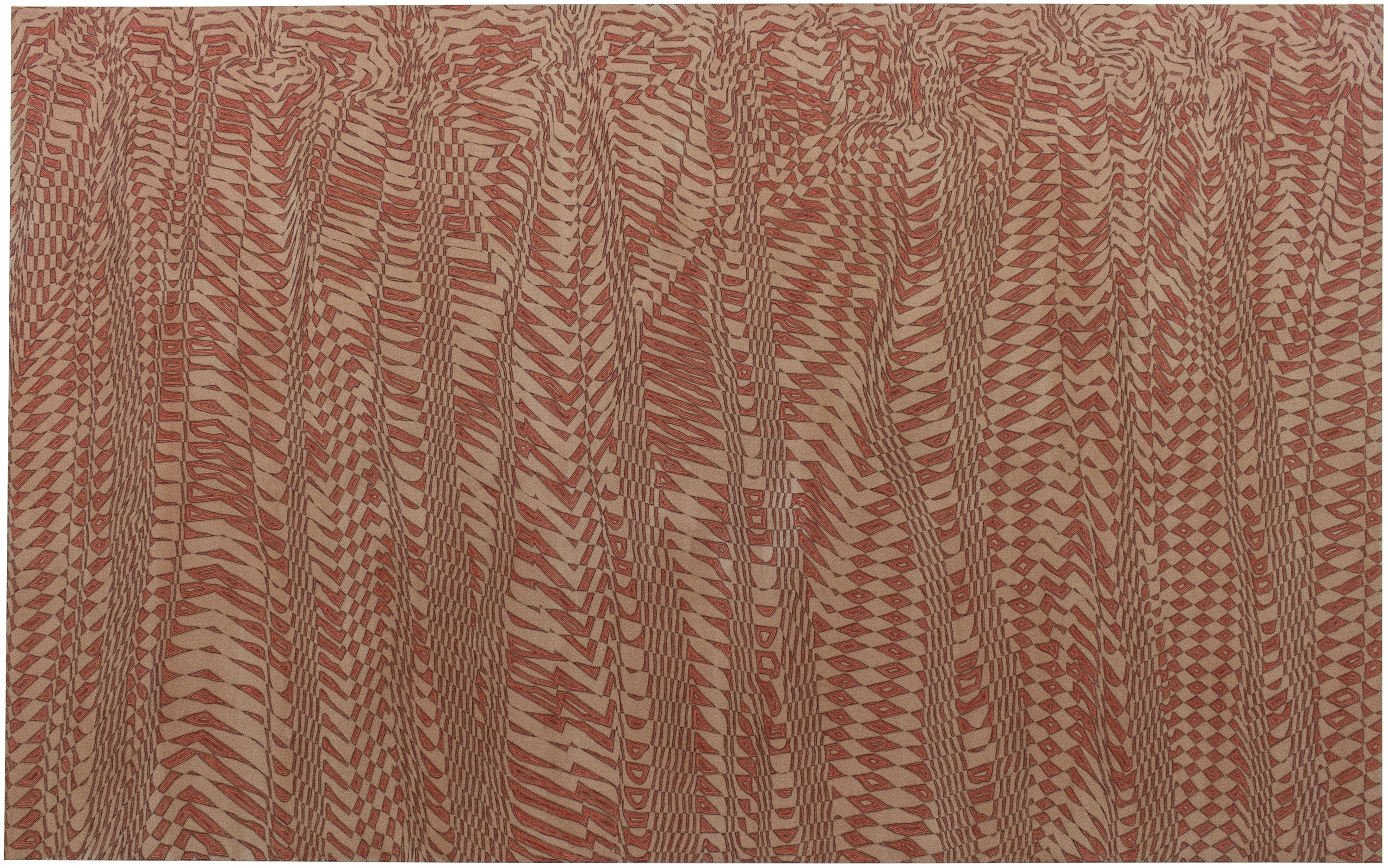 Trectiuff (above), Aoxomoxoa (at top), and Parsed Digraph (below), in addition to confounding the edges of their paintings to dislocate the start and endpoints of their circuits, also seem to find a renewed interest in the qualities of negative space. The underlying linen is made visible and becomes a subtle but effective counter to the marks on its surface, whether in acrylic, charcoal, or graphite. Siena has moved away from the eye-popping colors of years past and the gloss and slick surface that was a hallmark of his paintings in enamel on aluminum. With this latest body of work, Siena continues on his path of discovery and has uncovered something new. 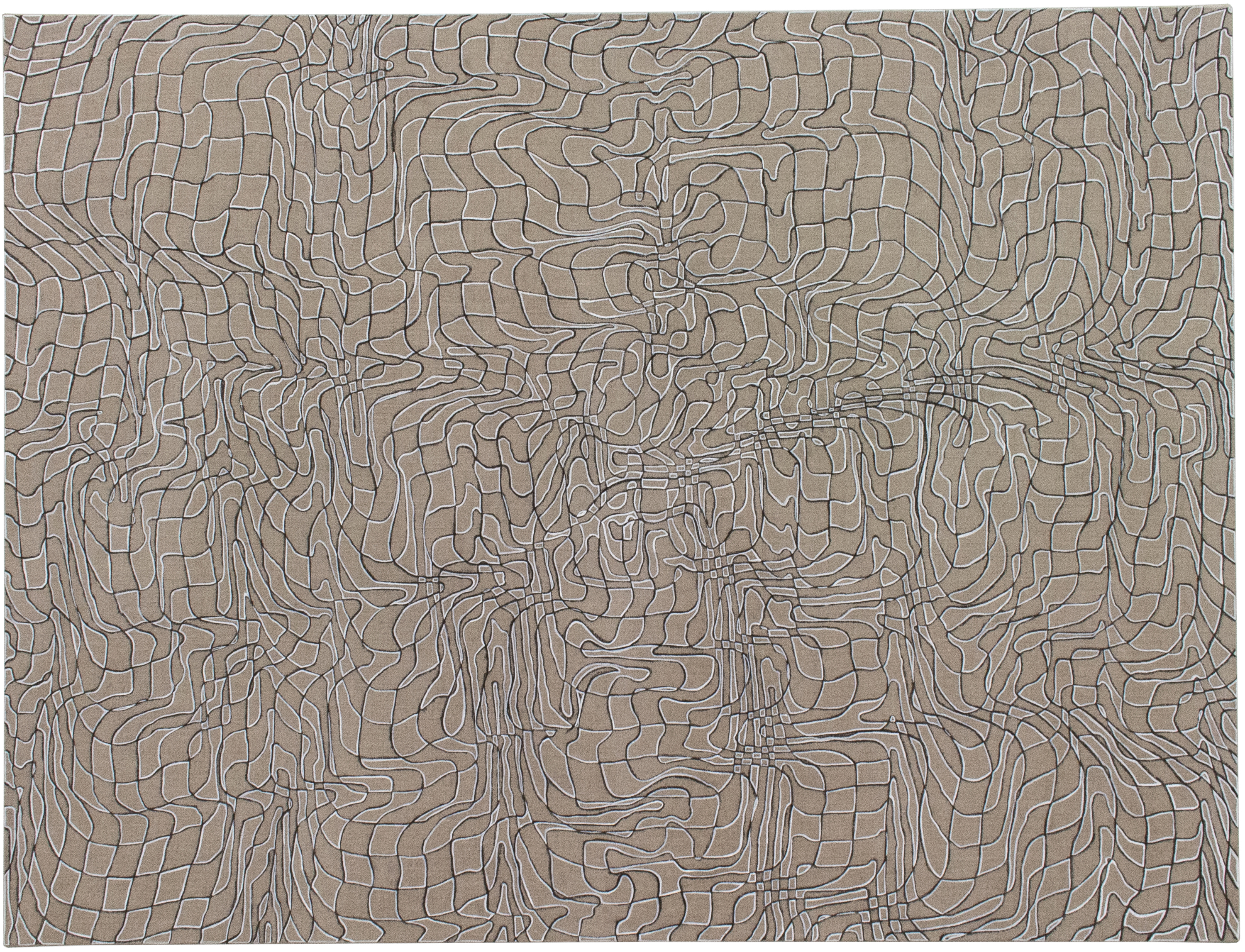