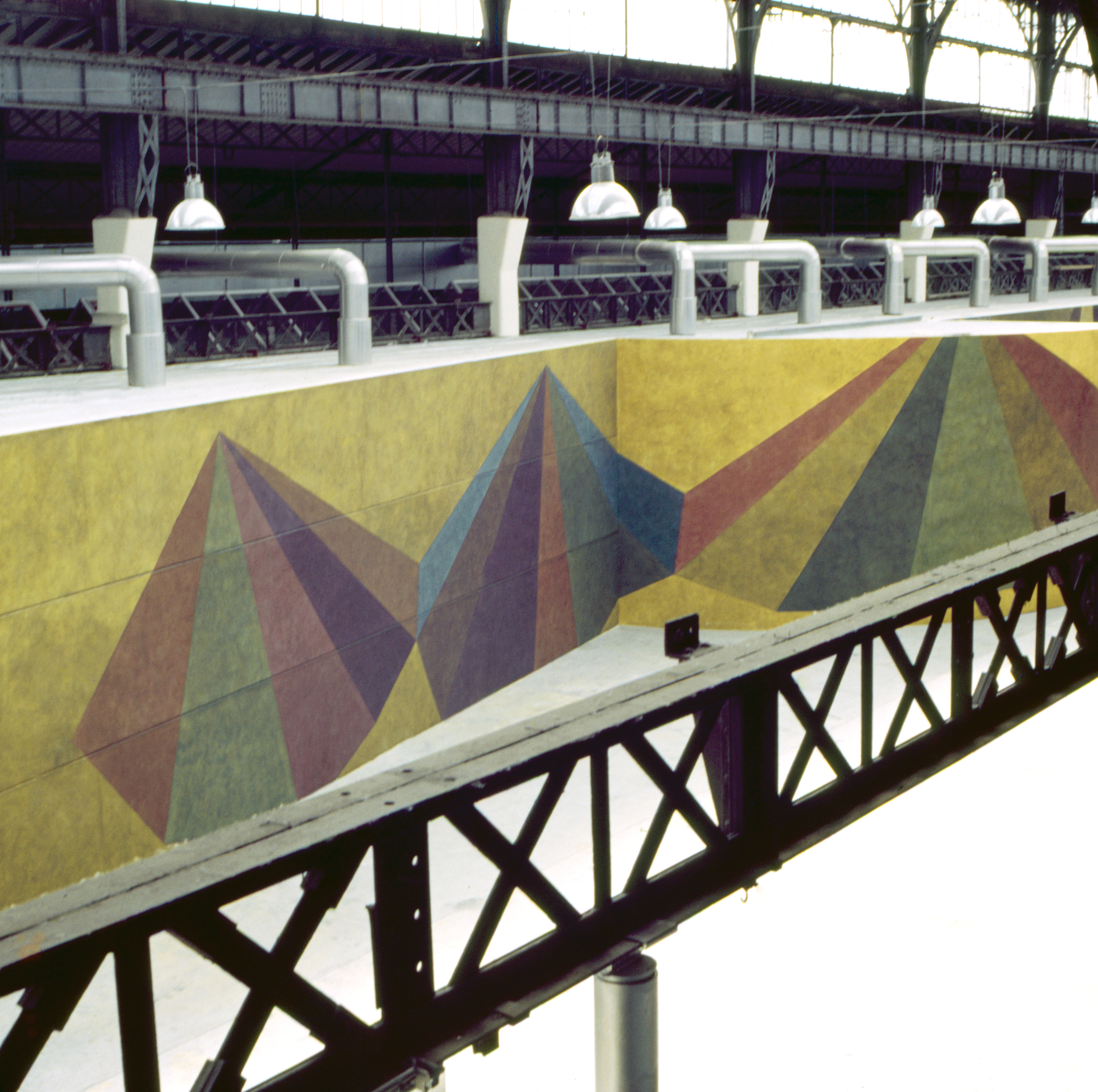 This is the latest in a series of blog posts in which Artifex Press staff members delve deeper into the artworks they are researching, sharing insights and discoveries gleaned during the intensive process of assembling a catalogue raisonné.

By the end of the 1960s, both Sol LeWitt and Robert Irwin were expanding their respective oeuvres beyond the parameters of traditional painting and drawing. Instead of traditional art objects, they created installations that were ephemeral (and tied to specific moments in time) and that responded to architecture (tied to specific places). It is often said that these are works that must be experienced in person, and this is certainly the case. But what I want to write about today is the unique vantage point I have as Artifex Press Archivist/Digital Resource Manager, where I’ve had the opportunity to compile, organize, and examine photography of both artists’ bodies of work, including when a single work spans multiple decades and locations. It’s a visual record that reveals the paradoxical fluidity of art fixed in architecture, or as Robert Irwin might call it, “a conditional art.”

A LeWitt Wall Drawing can be executed in a single location, destroyed, and then reinstalled elsewhere, while theoretically remaining the same work. The ostensibly static concepts embedded in the Wall Drawing Diagrams (essentially, blueprints for each work) permit enough flexibility to respond to the architectural particulars of each space. Therefore, many individual wall drawings have been adapted to disparate architectural settings over multiple subsequent installations. Artifex’s collection of photos help document the evolution of individual wall drawings over time, and illustrate the application of LeWitt’s concepts in various environments. 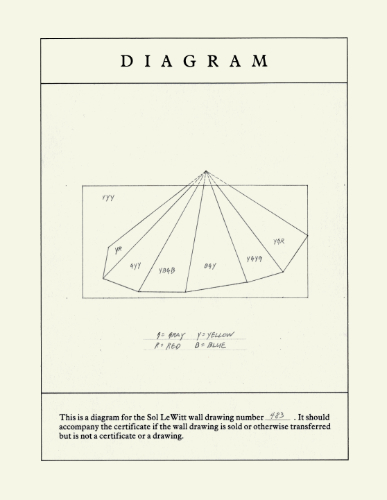 For example, in June 1986, LeWitt first installed Wall Drawing #483 at Magasin - Centre National d'Art Contemporain de Grenoble, France. LeWitt installed this work adjacent to other similar wall drawings, such that the rightmost portion of Wall Drawing #482 actually extended onto #483's leftmost portion. The photographs here illustrate the monumental scale of the installation—as well as its side by side placement with other wall drawings—both direct responses to the vast open space of the venue. 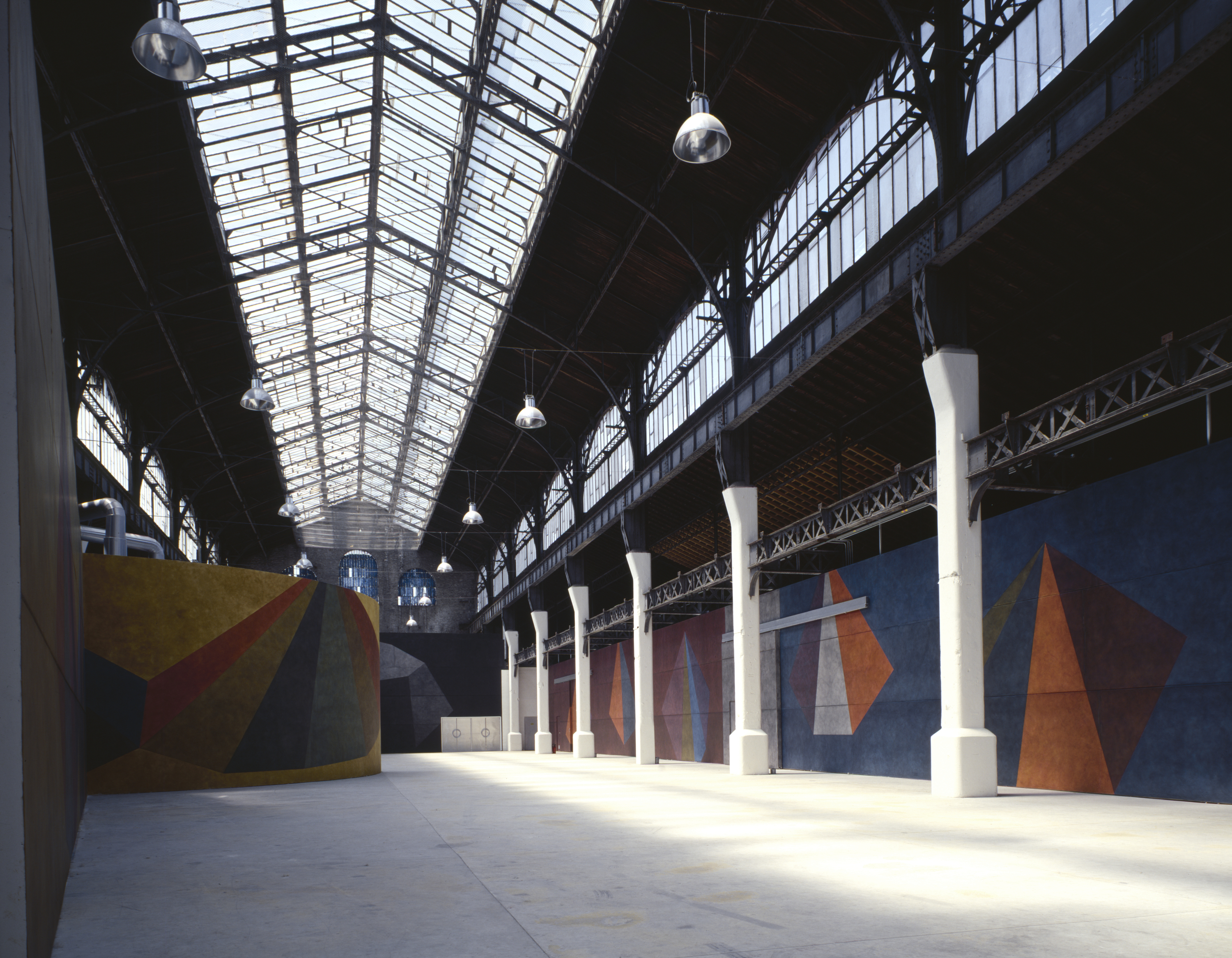 In 2000, LeWitt reinstalled the same work in much tighter confines. For his career retrospective at the Whitney Museum of American Art in New York, LeWitt created a "Four-row wall drawing," by installing together nine wall drawings comprising 35 parts in total, which were divided and bordered by black bands. Here, Wall Drawing #483 was grouped among a diverse selection of LeWitt’s other, non-pyramid wall drawings, spanning his career. The work appears in the below photo, second row from the top, third wall drawing from the left. 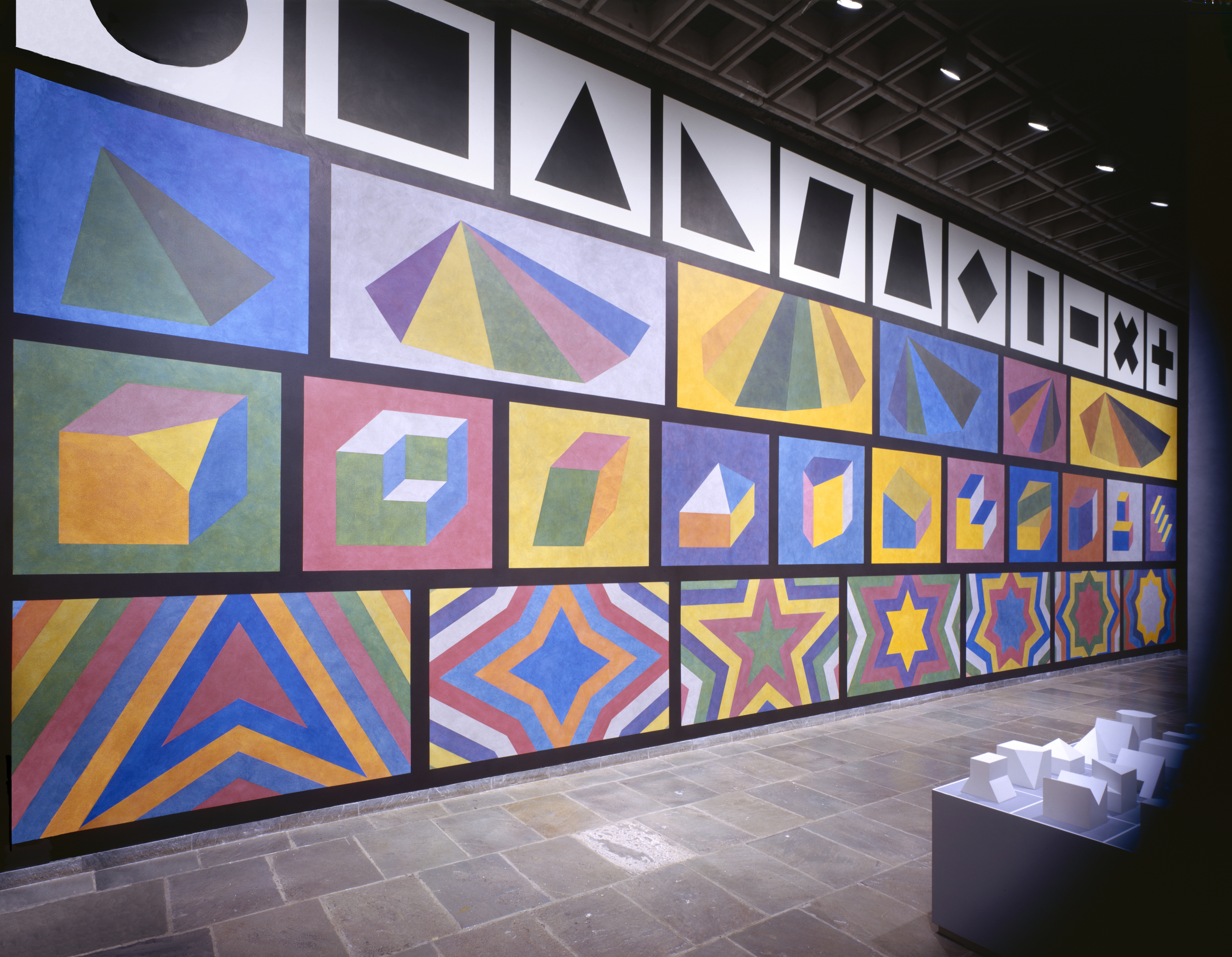 The third and most recent installation of Wall Drawing #483 occurred posthumously at Evans Hall at the Yale School of Management in New Haven, Connecticut, in 2013. Here, the drawing occupied an entire wall, without any other works competing for space. 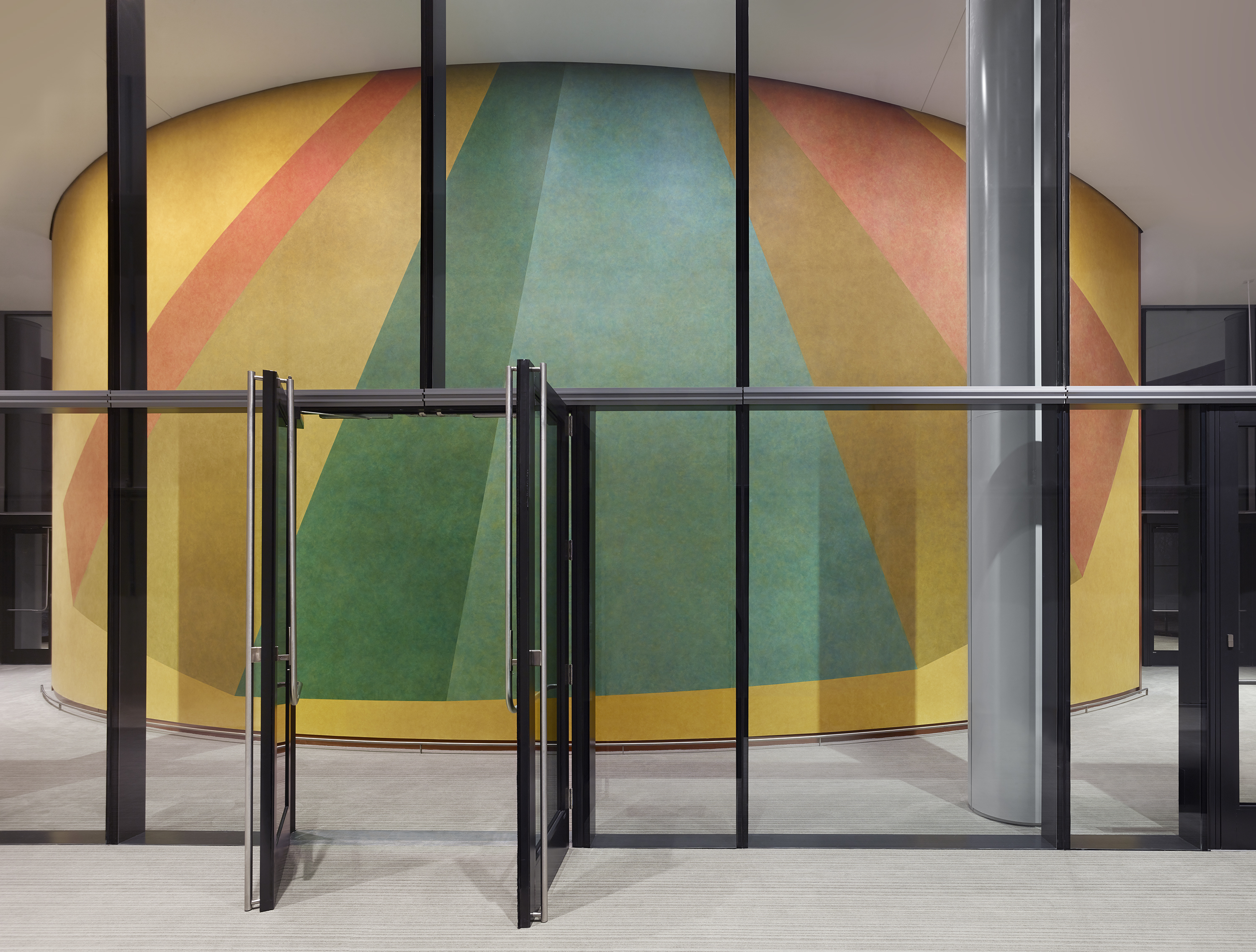 These three installations represent executed variations of a single conceptual work, and demonstrate the ways in which LeWitt’s seemingly fixed concepts respond to dynamic physical environments. His wall drawings are able to leap from a static page into any number of real spaces, as long as a wall exists.

Interestingly, Robert Irwin initially forbade public dissemination of photography of much of his output of the late 1960s and early 70s. He felt that one had to experience the objects and spaces in person to properly comprehend his work. However, through the ongoing research on Robert Irwin’s oeuvre, I’ve encountered hundreds of images of Irwin’s early works (often taken behind the scenes by friends, and the museums and galleries hosting his work), including of his earliest site-specific projects. And I’ve had the opportunity to compare this photographic record with architectural drawings, blueprints, and other planning documents, to get a sense of what a particular project looked (and felt) like.

In 1970, Martin Friedman, director of the Walker Art Center in Minneapolis, invited Irwin to the inaugural exhibition at the museum’s new building, scheduled to open in May 1971. Friedman expressed interest in the “stretched transparent fabric” that he had seen in Irwin’s Market Street studio in Venice, California the year prior—a work that was essentially Irwin’s first installation of its kind. Irwin agreed to execute a variation of the Market Street work, using scrim material (to meet fire codes), and deciding to focus on the Walker’s ceilings, in Gallery 1. 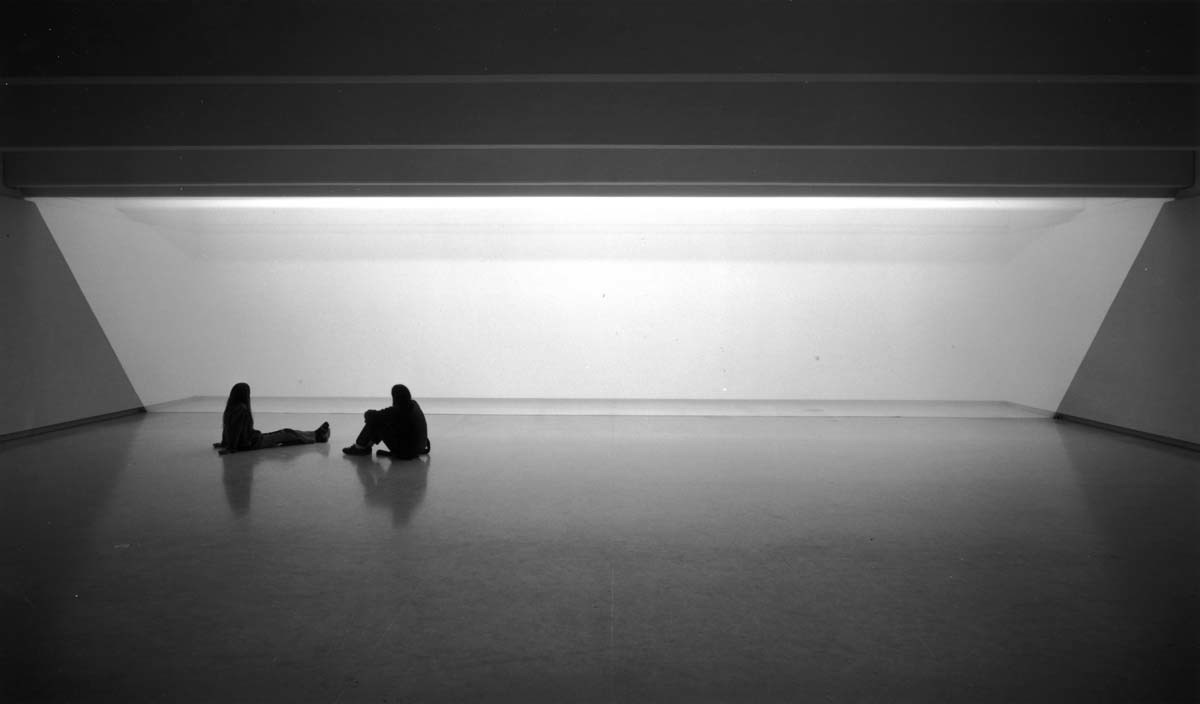 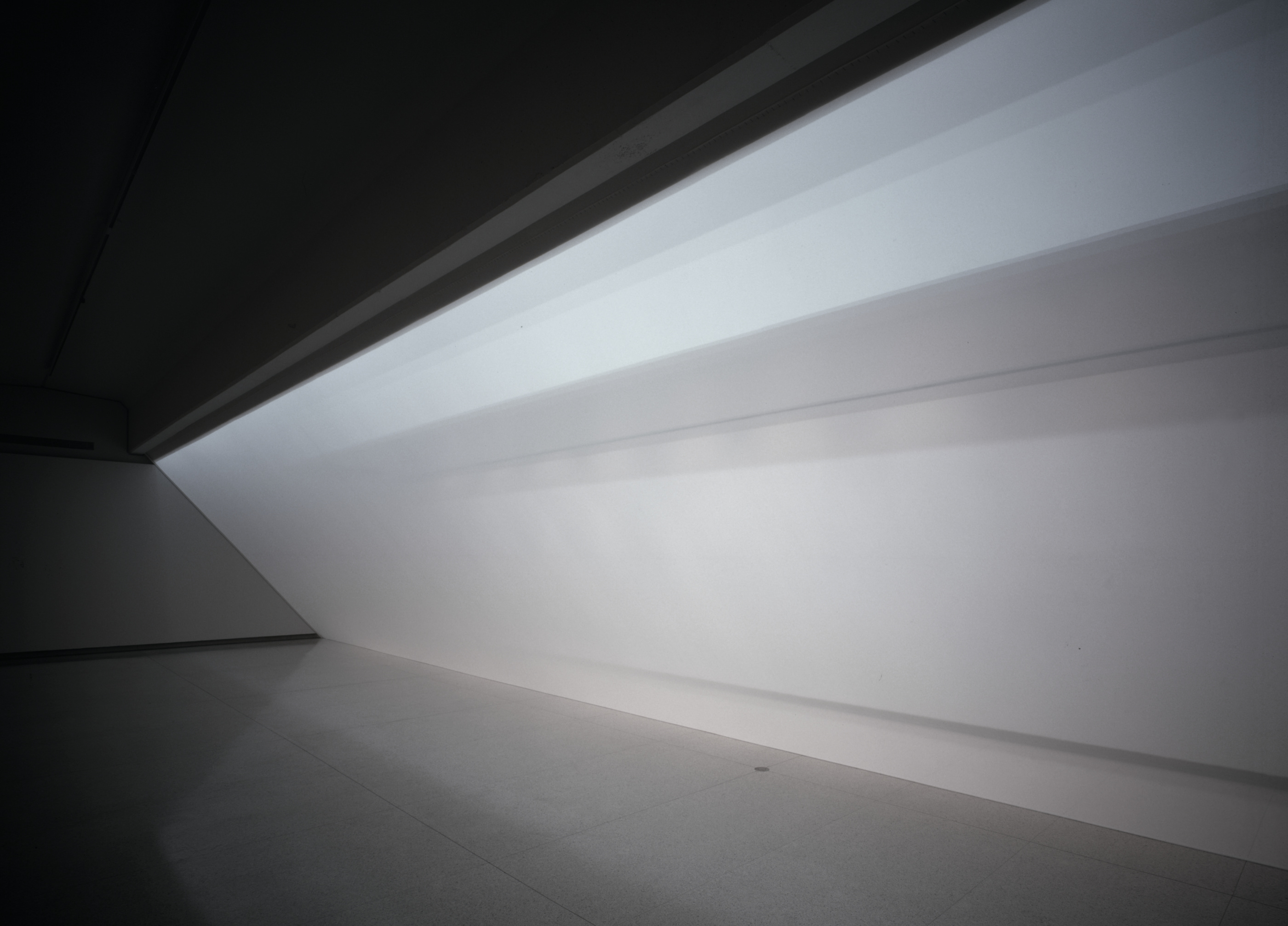 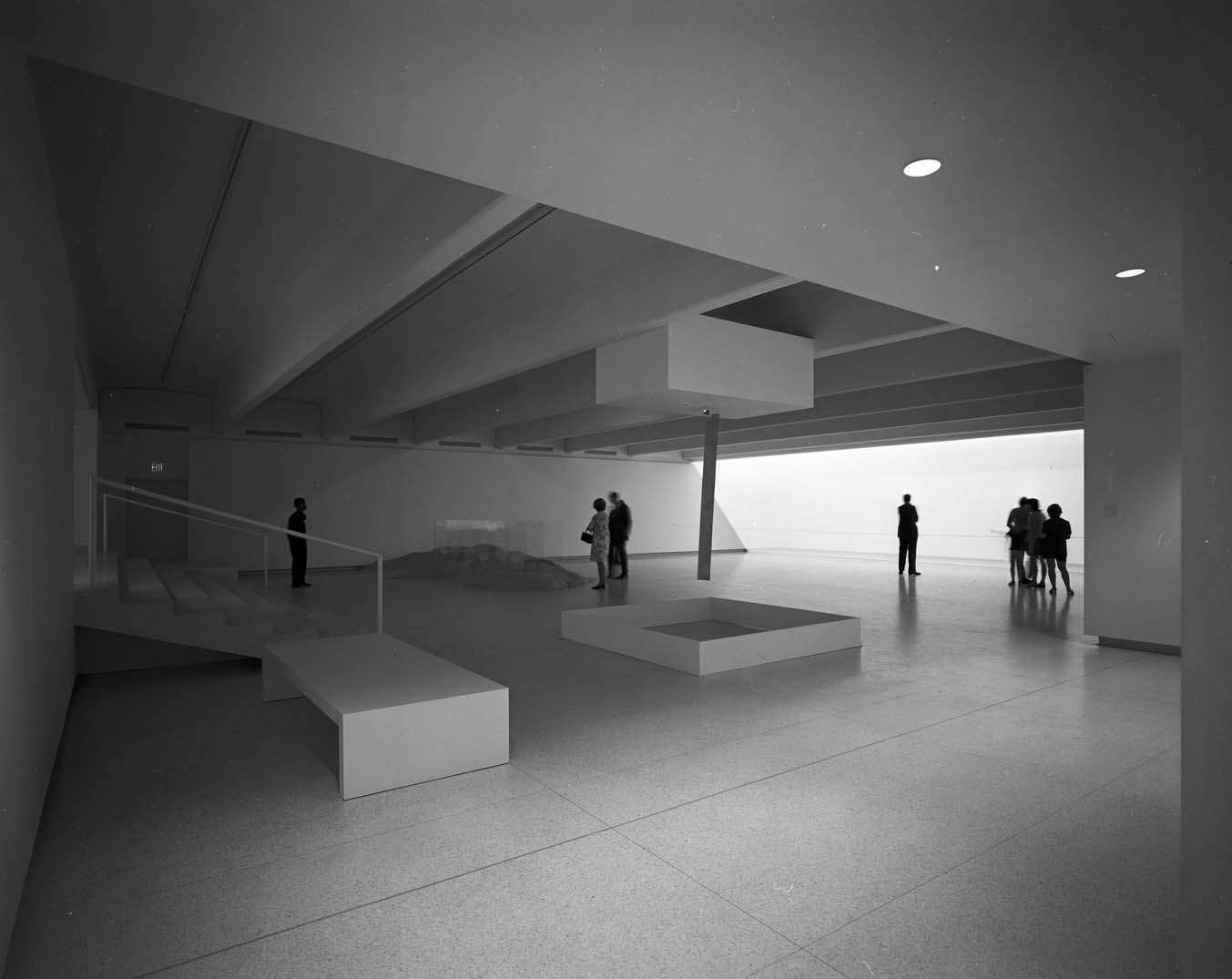 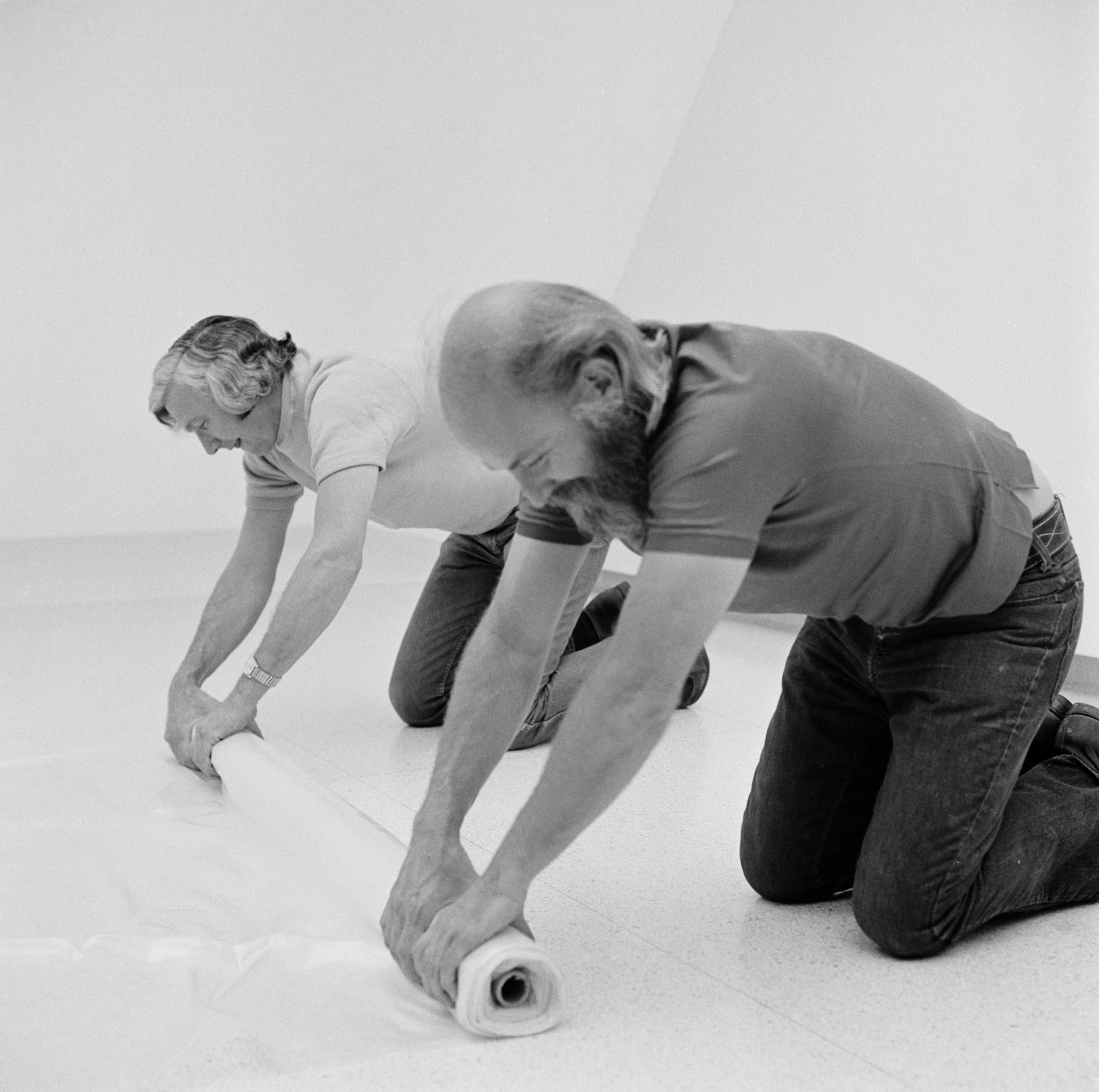 Four years later, in 1975, in advance of his first solo exhibition at the Walker, Irwin produced a large plan, numbered “3”, that altered details of the initial installation. For this reinstallation (to occur in 1976), Irwin attached the scrim to the third, rather than the second, coffer of Gallery 1, bringing the entire installation further away from the rear wall. Further, the fluorescent lights illuminating the work, which had previously been spaced apart, now abutted each other, and the previously untitled work received a new title, Slanting Light Volume. The Walker subsequently re-installed the work in 1976, 1984, and 1989, according to these adjusted instructions. 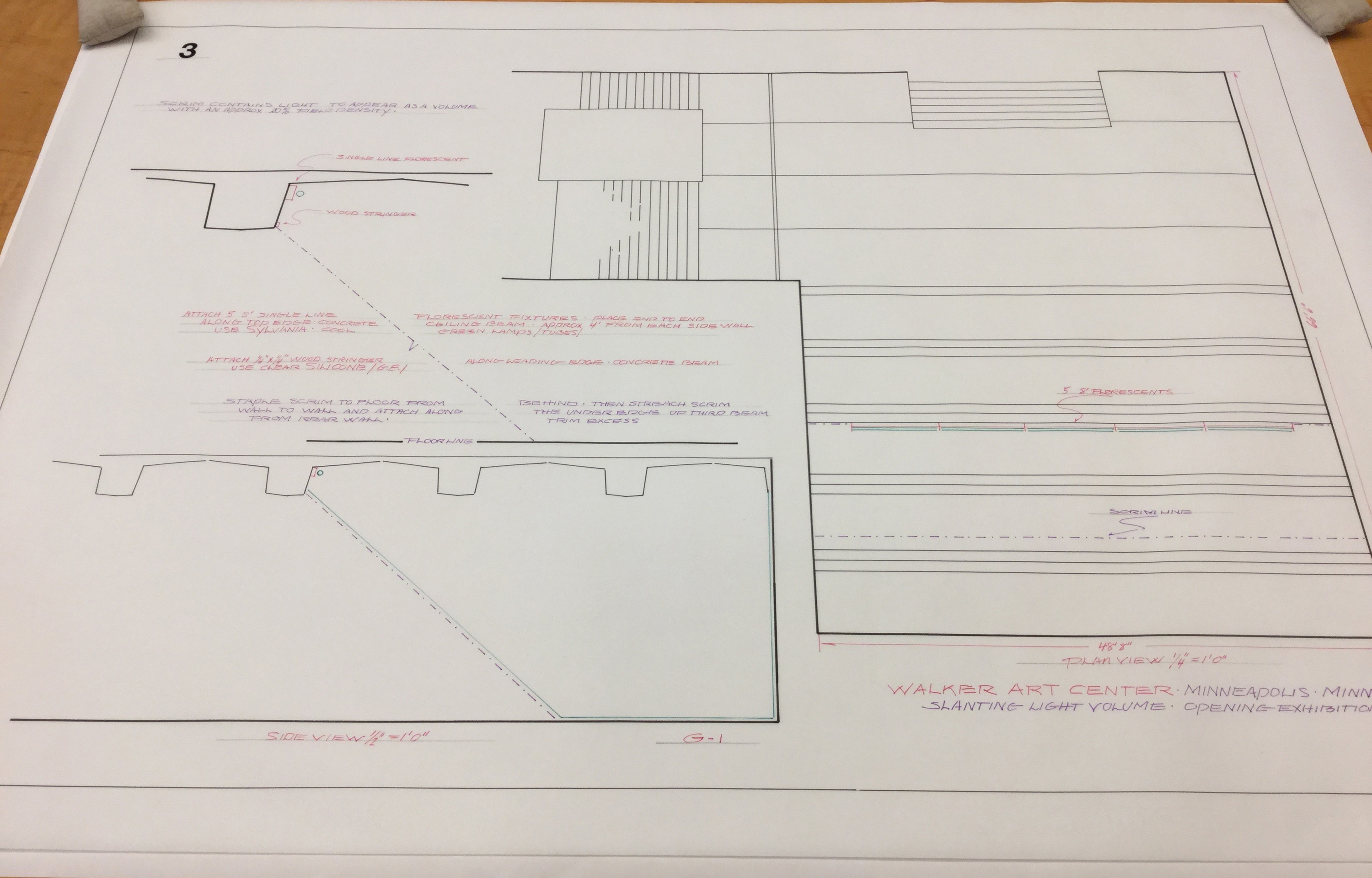 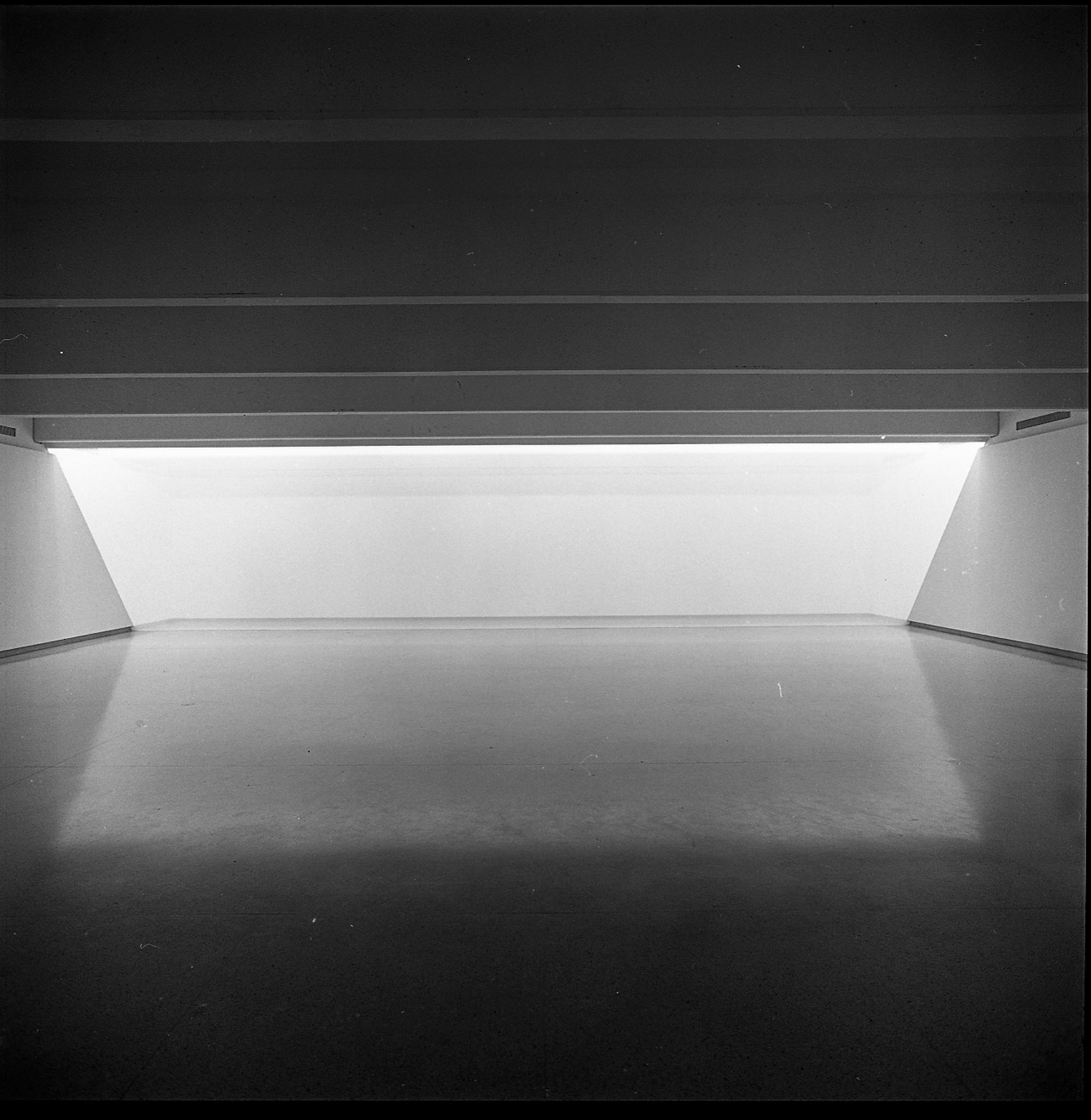 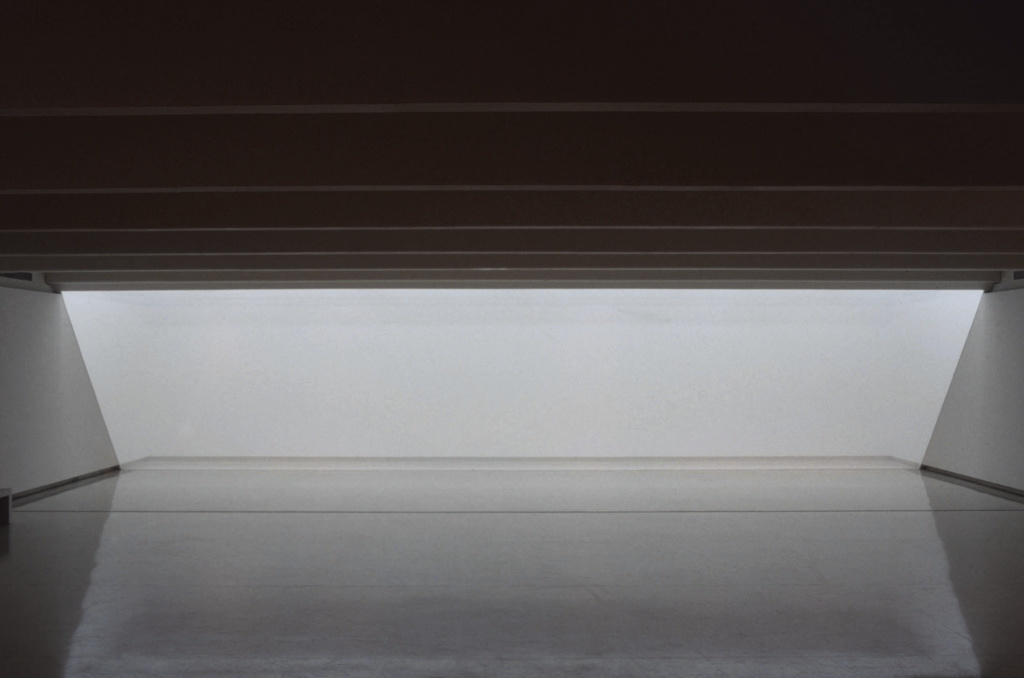 In 2009, Irwin adapted the work a third time, now to accommodate the museum’s new Friedman Gallery. Using his Gallery 1 plan as a reference point, Irwin lowered the Friedman Gallery’s 16 foot ceiling by five feet (accomplished by attaching a board vertically to the ceiling), to meet the height of the original installation. He attached scrim to the bottom of the lowered ceiling coffer and stretched it at the same angle as he had previously done in Gallery 1.

While both LeWitt and Irwin’s works are theoretically fixed in their respective planning documents—LeWitt’s generic, architecture-devoid Wall Drawing Diagrams, versus Irwin’s highly detailed architectural drawings—understanding how works actually responded to different physical spaces involves synthesizing the information in these plans with the historical photographic record. 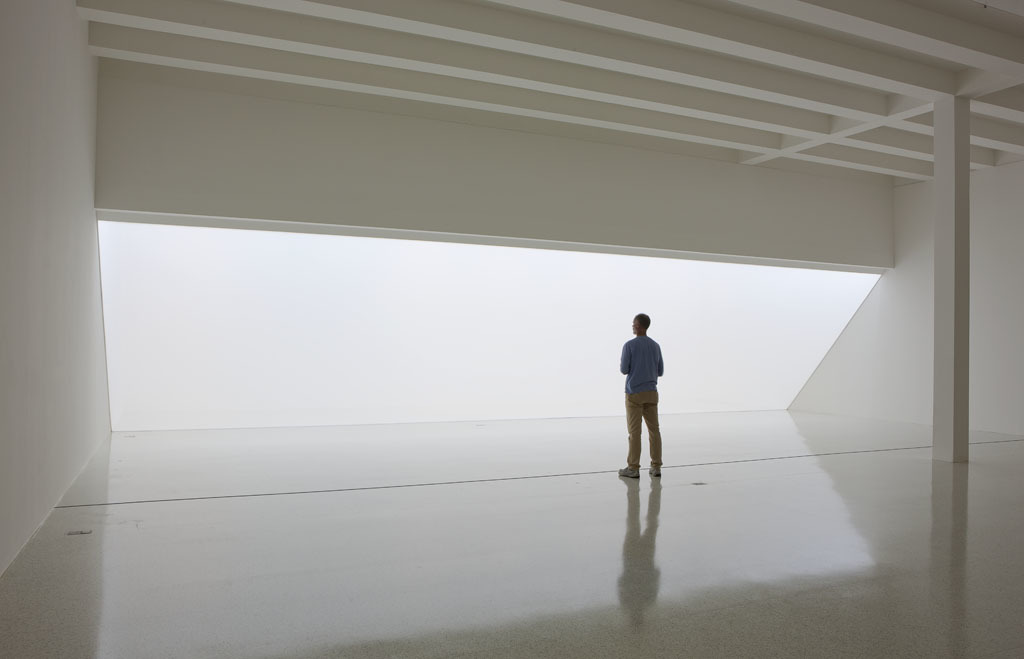 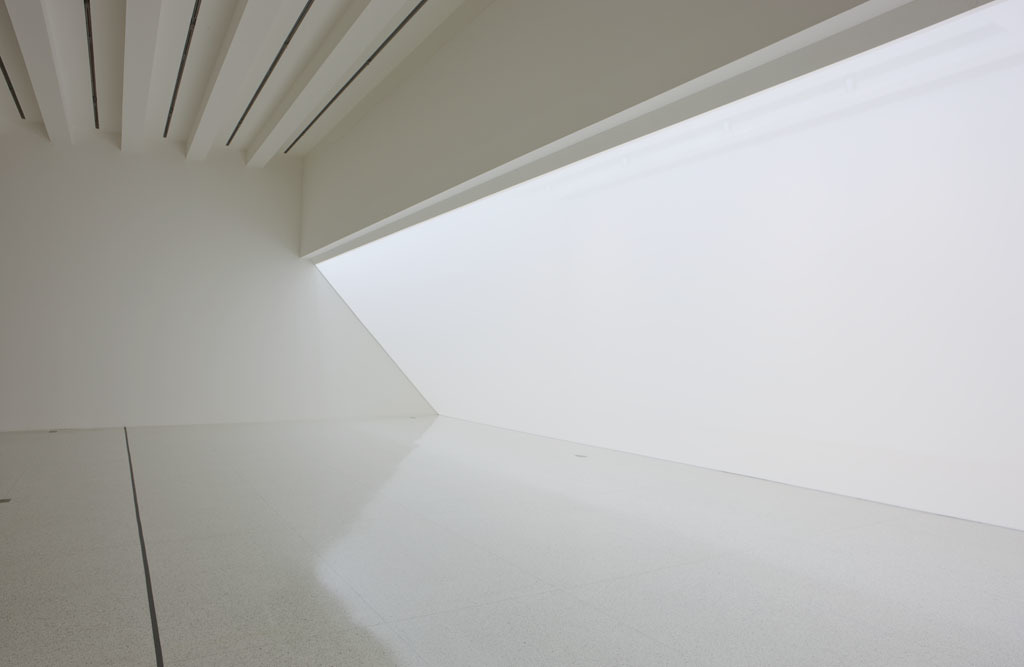 My role as Artifex archivist has afforded me an opportune vantage point on the evolution of both LeWitt and Irwin’s work and careers. With direct access to the visual breadth of these installations over time, I have been able to see aspects of the works that in-person, single-exhibition viewers will miss. I am afforded a lens into individual wall drawings and site-specific works installed in multiple contexts, rather than in exhibition-specific isolation. Comprehensively cataloging LeWitt and Irwin’s works requires pulling together documentary materials from various museums, galleries, artist studios, libraries, archives, etc., emphasizing the crucial role of archival records and institutional collaboration in constructing digital catalogues raisonnés.