Agnes Martin, the retrospective that opened at the Tate Modern on June 3, and will travel to Kunstsammlung Nordrhein-Westfalen, Düsseldorf, the Los Angeles County Museum of Art, and the Solomon R. Guggenheim Museum, New York, has been drawing rave reviews.

Below is a sampling of articles related to the show, which was co-curated by Tiffany Bell, Editor of the forthcoming Agnes Martin catalogue raisonné, and Frances Morris, Head of Collections, International Art at Tate Modern. 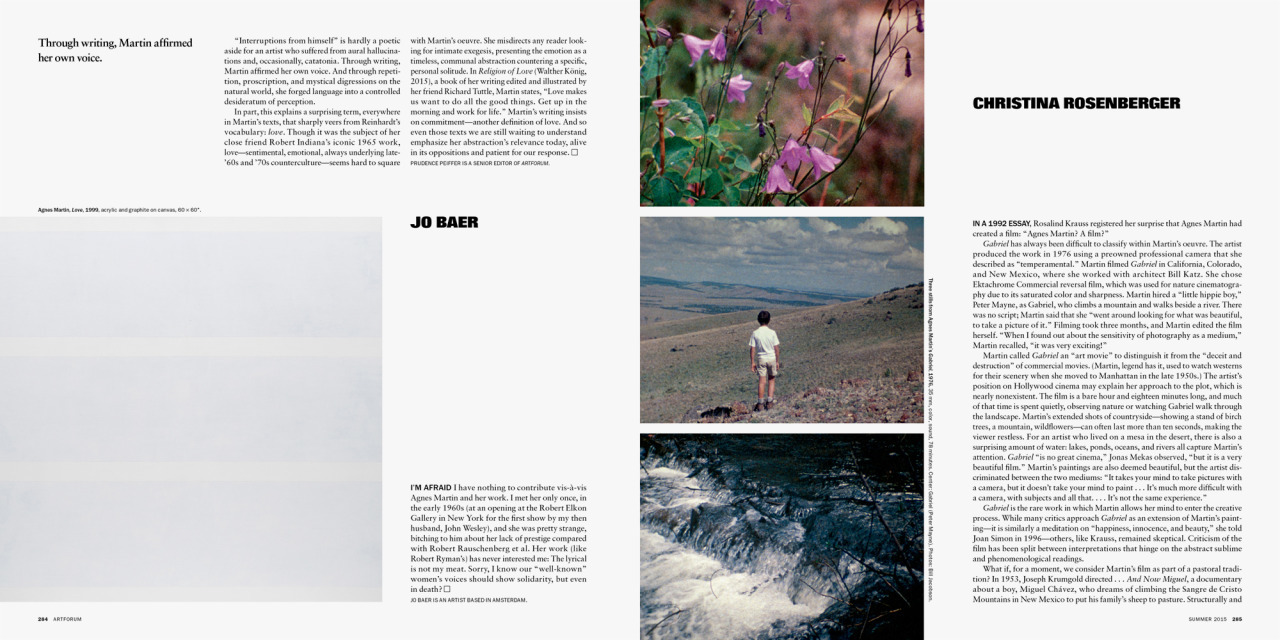 "Agnes Martin: The Artist Mystic Who Disappeared into the Desert" by Olivia Laing, May 22, 2015.

"Off the Grid: The Quiet, Controlled Paintings of Agnes Martin" by Adrian Searle, June 1, 2015.